I have begun my self-imposed isolation (AKA hiding) which the government now says should last for 3 months. That’s a long time, but I’m not exactly a newbie at the old isolation game. Like a lot of disabled people, I’ve been isolating since before it was cool. Just sayin’

I’ve written before about feeling isolated on this blog. I am an introvert and I get social anxiety, so this isolation lark doesn’t fill me with dread as much as it might do for more extroverted people. Some weeks I don’t leave the house anyway, so I see it as just an extended version of my regular life – albeit with the spectre of a highly contagious virus looming over us all, which adds a bit of spice to proceedings. 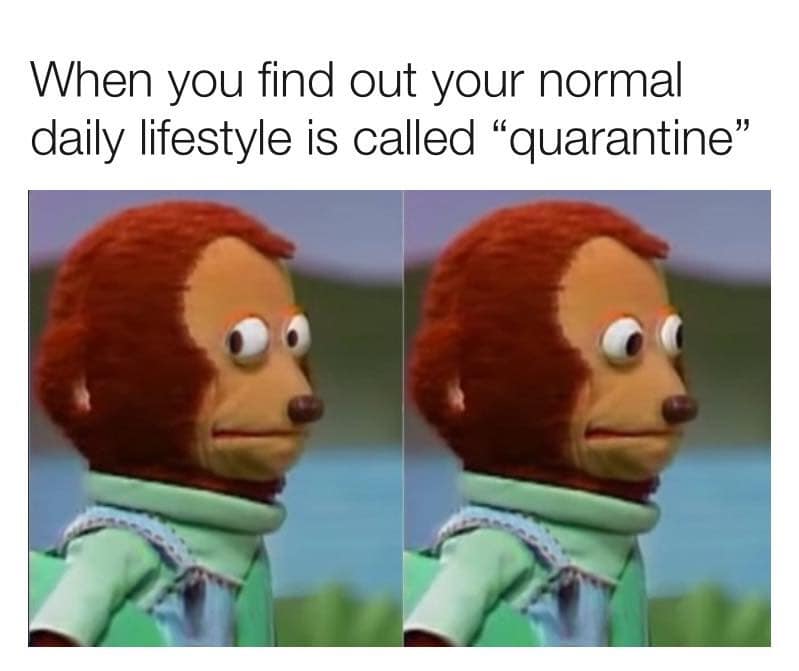 My plan of action is this. I will not leave my house until the weather gets warmer at which point I will allow myself to venture outside.  It can’t come soon enough.

When Summer gets near I will be able to emerge from my cave, blinking, into the sunlight and bask in its warmth. I’ll be able to go for walks around the village, albeit while keeping a safe distance from other humans. I think this will be enough to keep me sane.

It’s likely I’m going to get the virus at some point. But I will feel better if that happens in the summer because I think my body will be better at fighting it. I had a cold in the summer last year but it only lasted for one week. So I’m hoping that with the warmer temperatures and the added dose of vitamin D from sunlight Covid 19 won’t last too long. That is the theory anyway, but who knows what will happen because it’s a new microbe on the block.

In other news, I had a revelation the other day that I would like to share with you all.

Everybody should be required to wear Zorbs while out in public. This will force everyone to maintain a safe distance from each other, plus it will be entertaining to watch people bouncing off one another like snooker balls!

I shall recommend it to the World Health Organisation immediately.

I read an interesting article the other day (which I highly recommend you check out) that talks about the numbers behind the outbreak. It looks at data from China and shows how social distancing cut the number of cases. When China locked down Wuhan and Hubei province, it caused the number of cases and deaths to crash. I read today that in Wuhan they closed their last temporary hospital because there were so few new cases. So lockdown does seem to work.

There is also a historical precedent. Back in the 1918 Spanish flu pandemic, people faced a similar situation. In America, the towns of St Louis and Philadelphia had 2 different responses to the outbreak. In Philadelphia, they didn’t lock down anything and still had a big parade which allowed thousands of people to get infected. Over 4000 people died. St Louis, on the other hand, locked down everything early and they had less than half the cases that they had in Philadelphia.

This shows that lockdown actually does work. It’s why so many countries are doing it to try and slow down the spread of the virus. They don’t want the healthcare systems to be overwhelmed, which is when most deaths occur because people can’t get into the hospitals. This was the problem in Italy.

This is another reason why I would be happier getting the virus in the summer because hopefully, the NHS will be less under pressure.

My point with the above examples is that, yes being isolated for 3 months sucks. But there is a reason behind it and being a bit lonely and bored for a while is better than being seriously ill or dead. So hang in there.

As for me, I’m off to find a nice rock to hide under.

How are you coping with the pandemic? Let me know in the comments